Periodically, motorcycle and ATV exhaust system can be rebuilt to maintain the proper performance and sound level expected from the exhaust system.  My experience was with a dirt bike that had an aftermarket high performance exhaust installed.

I bought my 99 XR400 second hand and was happy that it already had some nice mods.  Namely the High Rev kit, performance header pipes with an E-Series muffler, and the suspension had been redone with higher spring rates.  It has great response and the suspension is perfect for my weight.

So why repack the muffler?  Well, as anyone that has heard an E-Series pipe knows, it's loud.  You can tune it to some degree by adjusting the number of disks before the spark arrestor.  For example, you can put a pile of disks on the end to create a loud, high flow exhaust system.  It results in very little back pressure and great top end.  This would probably be a great setup for desert riding where you would have long stretches of high speed riding and no residential areas for miles.  Or, you can put as few as four disks on to add backpressure and keep the noise down.  This hurts the top end but, for some reason, the backpressure seems to help the low and mid level performance.  So in an effort to knock a few dB off the sound meter I decided to repack the pipe.

First of all, take pictures as you take things apart.  Even for something as simple as a muffler.  I'm glad I did because the silencer core is not symmetrical.  Not sure if putting it back in the wrong way would cause any problems, but now I don't need to worry about it.

The E-Series on my bike is considered non-rebuildable because it riveted together at both ends.  I've read several forum posts about drilling out the rivets and rebuilding anyway, so that's what I did.  I started by removing the disks and spark arrestor.  Then drilled out the six rivets holding the core in place. 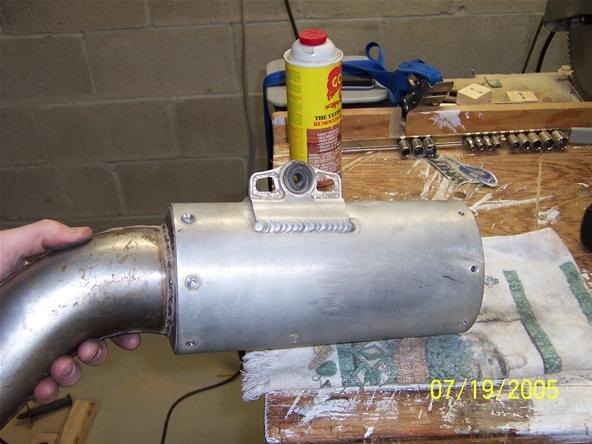 At this point, I was not able to pull the core out and I didn't know if it was just stuck or if it was also attached at the front end.  So, I got out my trusty drill and removed the six rivets at the front.  The exhaust pipe pulled right out of the muffler and I was able to see the front end of the core and the factory packing material.  I was surprised at how densely the material was packed. 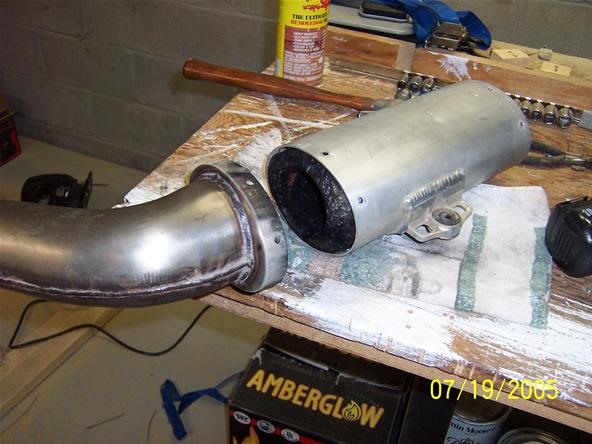 I could see that the core was not attached at the front end, and after removing the packing I was able to use a long piece of wood to tap the core out from front to back. 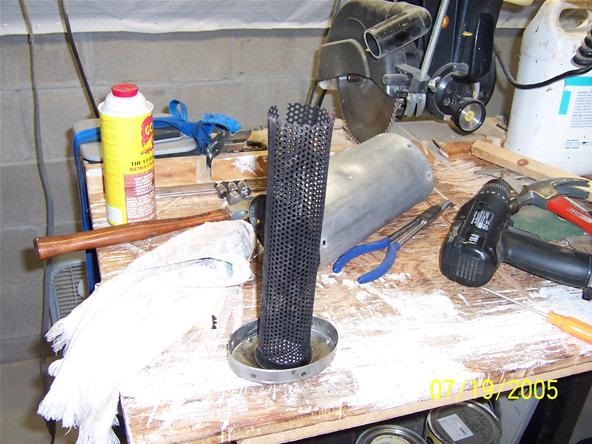 Now for the repack.  First I installed the core back in the can and riveted it in place.  This is where my before pictures came in handy.  The front part of the core is split so the diameter can be opened up to match the incoming exhaust pipe.  The core needs to be aligned properly. 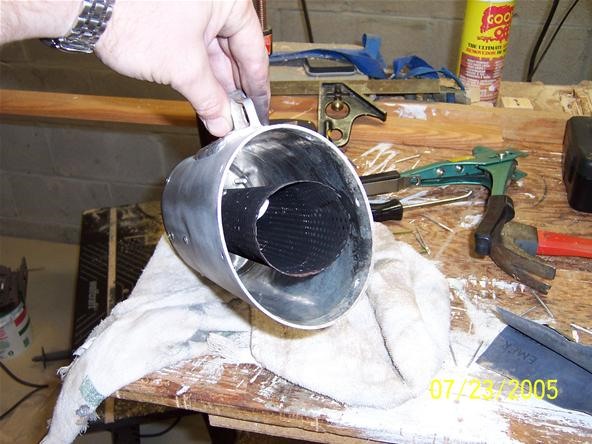 For packing material I used household insulation.  I've heard stories (pro and con) about various packing materials.  For the type of riding I do and my riding frequency, I figured I'd give the fiberglass a shot.  Now that I know what I'm doing, if I want to buy some real packing for next season, it's easy enough to redo. 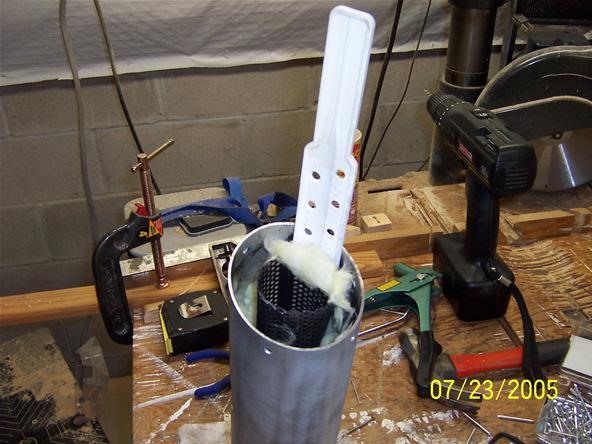 You can see my repacking tool in this picture.  I thought I may need to visit my Honda dealer to pick up one of these babies, but was surprised to find them at pretty much any store that sells paint.  You can see that this is a high performance cross drilled model.  They also make wooden ones for you old school guys.  The price was right, so I went high tech on this one.

Based on the density of the material that I removed, I wasn't worried about over packing the fiberglass.  Stuff in as much as you can without damaging the core or pushing it off center. 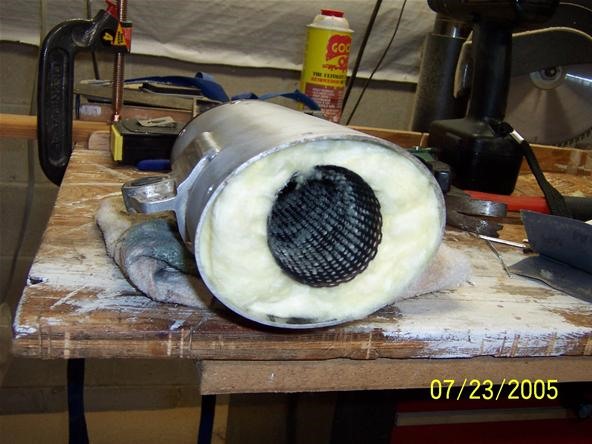 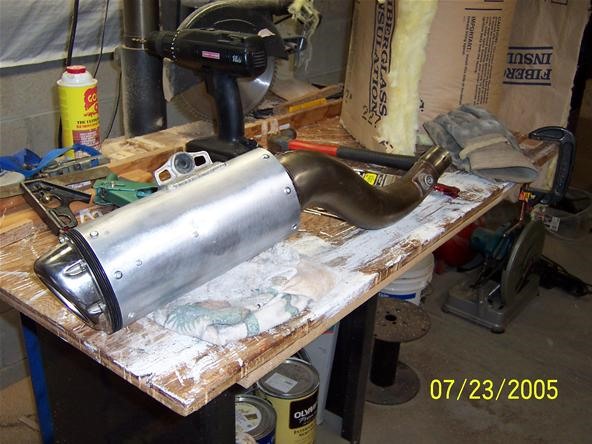 So, here is the finished product.  I dressed it up with some emery cloth and steel wool.  At least it will look nice when I put it back on the bike.

Lessons learned:  I would recommend buying regular packing material.  It is more course than insulation and holds up longer.  Grab your digital camera and take lots of pictures.  It costs nothing and could save lots of frustration.

Want to master Microsoft Excel and take your work-from-home job prospects to the next level? Jump-start your career with our Premium A-to-Z Microsoft Excel Training Bundle from the new Gadget Hacks Shop and get lifetime access to more than 40 hours of Basic to Advanced instruction on functions, formula, tools, and more.

Other worthwhile deals to check out: